What to do if you miss your connection flight?

The first flight is delayed and I miss my connecting flight

On many occasions we do not have a direct flight from the nearest city with an airport to our chosen destination and we have to change or connect with another flight that arrives there.

On other occasions, getting a cheap flight means having to stop in another city to catch another flight. It is paradoxical that two flights are cheaper than one, but it is not the topic we will address below, but rather what It happens when the first of these flights is delayed and we lose the next one, the one that connected with our destination, getting stranded at the airport of a city that was not in our plans.

This is what we are going to tell you today:

Can I claim the loss of my connecting flight if I bought the tickets at the agency?

Contrary to what you may think, travel agencies, both traditional and those that operate over the Internet, are not legally held responsible for possible breaches of service by the airline. 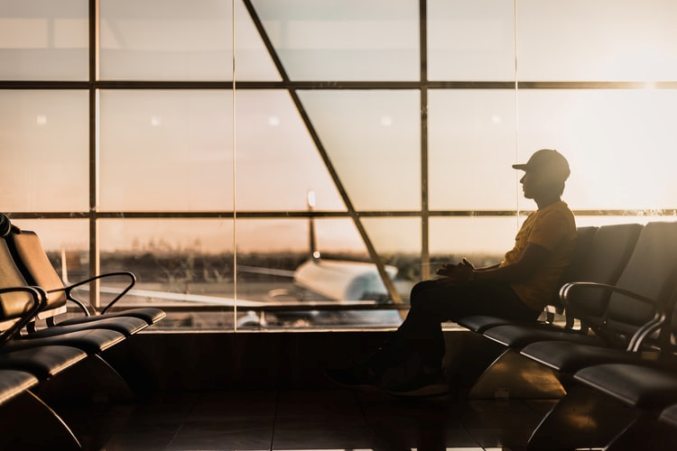 There are several judicial rulings on the subject that establish that the agencies are commercial mediators that put two parties in contact to contract with each other, but without being part of the transport contract. According to those same judgments, the agencies are pure mediators obliged to provide information and manage the purchase of the ticket as interlocutors between the passenger and the carrier.

Therefore, unless the previous case occurs, we will have to make the claim to the airline and not to the travel agency.

How to claim the connecting flight from the airlines?

Based on this, the claim should be made to the airline, and in this case we may find ourselves in two situations:

If your flights are not within the same ticket, the company has the right not to change your planned flight for a later one.

Another thing would be that the reservation of all the flights had been made to the same company, even if you flew the sections with different companies and in this case, if the flights are contracted as a single reservation number, it is considered to be a single flight. For this reason, they should take care not only of relocating you on the immediate subsequent flight but also of the costs of meals and accommodation if they had occurred.

In addition, the effective time of the delay must be taken into account in both cases. A delay in arrival at the destination of more than 3 hours implies the right to compensation in favor of the passenger.

In this way, if the connection was created by the passenger himself but the time of the delay in arrival is greater than 3h, he will at least have the right to be financially compensated.

How much should I be compensated for missing the connecting flight?

This compensation is set by law according to the distance of the flight and must be paid at the same time, that is, immediately after the delay:

The most common thing is that companies do not make this payment immediately and force the passenger to claim through the courts, since when claiming at the airport with claim forms and through the company’s own website, they lengthen the time in their responses to try to take the Passenger down and make him surrender, and do not consider the judicial process, which is with which they will pay (except in exceptional cases).

That is why our advice is that you try to claim the company that was delayed; it is all a matter of trying and arming yourself with patience.

When do I NOT have the right to claim the connecting flight?

When the flights are connections created by the passenger and the first flight does not arrive with a delay greater than 3 hours, you will not be able to claim or replace the second flight (because the reservations are different) or compensation for delay (because the delay does not exceed 3 hours).

Logically, in the event that both flights were a single reservation number, and therefore you had the right to another flight, if you arrive at the second destination less than 3 hours late, even if the first connection had been lost, you would not be entitled to the compensation for delay.

Finally, it must be borne in mind that there are reasons why companies are exempt from paying compensation, but not healthcare expenses. These causes are mainly adverse weather conditions and strikes outside the company.

Therefore, you should request information as soon as possible about the causes of the delay at the airport itself in order to know if you can stand or not claim. 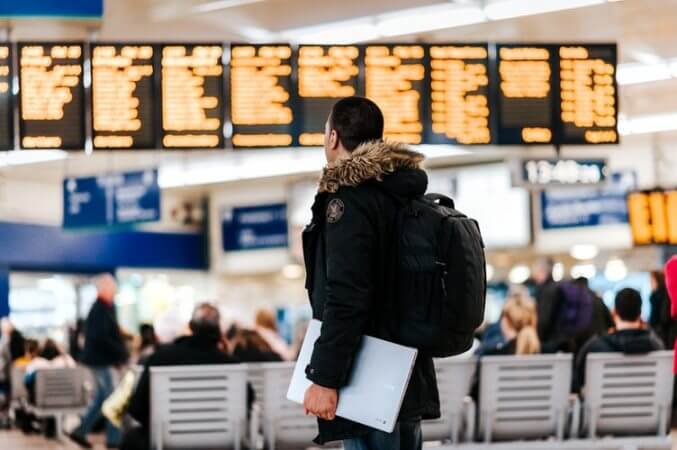 What do I need to claim for the connecting flight?

In the first place, if you contracted travel assistance insurance, explain the case to them as it is possible that they at least cover the expenses caused by the delay.

Second, if you have the right to claim, do not give up: CLAIM. But if you do not want to go through a heavy and desperate procedure, go to a law firm specialized in travel, there are several that only charge you in case of winning the trial a percentage of the compensation or an amount determined in advance.

And finally, for future trips, we recommend that you book all flights with the same company and if this is not possible to distance the link long enough, at least 3 hours, in this way you minimize the risk of delay of the first flight and guarantee the right to compensation in case it occurs. There is also link loss insurance that is very useful for these cases.