The Himeji Castle, also known as the White Heron Castle for its elegant white architecture, is generally considered the most spectacular castle in Japan for its impressive size and beauty, as well as for its well-maintained park. Similarly, it was protected as a World Heritage by UNESCO. 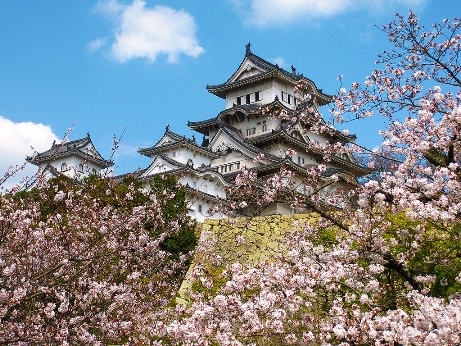 Unlike many other Japanese castles, it has never been destroyed by war, earthquakes or fires, and today can boast of being one of the 12 castles still originating in the country.

The castle has recently undergone extensive renovations, which lasted several years, works which fortunately terminated: the castle has been completely re-opened to the public.

Although many tourists are limited to have free access into the park through the Otemon Gate, so as to pick a photograph in front of the Castle, a visit to its interior is worth the trip. But you must be prepared, because to fully appreciate it, the visit takes a few hours. Do not miss the climb to the tower, challenging some very steep stairs, but the view is worth the effort.

Tags:Himeji CastleWhite Heron Castle
previousIn Germany, the Museum of the Brothers Grimm
nextFoz do Iguacu in Brazil, near the Iguazu waterfalls