After Cayan Tower in Dubai, the skyscraper that each floor twists on itself, for the series of the most beautiful skyscrapers in the world opened in 2013, here is the Sheraton Huzhou Hot Spring Resort. 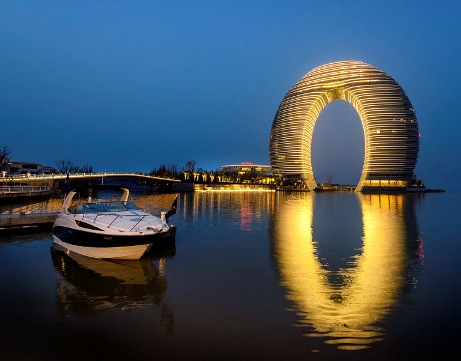 Approximately 19,000 LED lights will illuminate the facade at night, for a great game of lights and animated images that float on the waters of Lake Tai, near Shanghai. The doughnut shape of the idea of the study of Chinese architects MAD architects, to allow all the rooms with balcony are receiving the light from all directions.

A building, and a hotel from 1.5 billion dollars, which since its inception in 2013, it has received media attention from all over the world.

We are on the south bank of Taihu Lake in Huzhou, a region known for its beautiful scenery, and for its thermal springs and forests of bamboo, maybe you have got to see some scenes from the Oscar-winning film “Crouching Tiger, Hidden Dragon”. 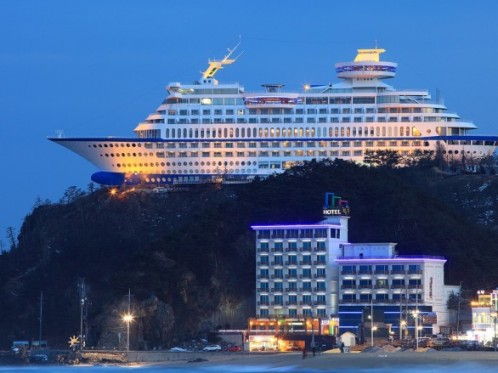 Sun Cruise Hotel: Hotel ship on the hills in Korea 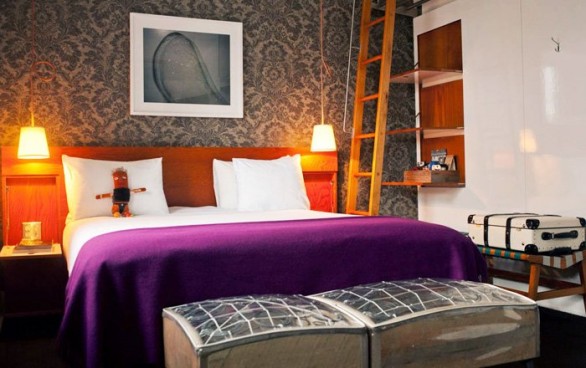 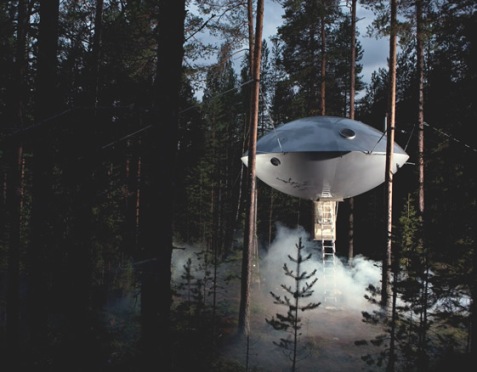