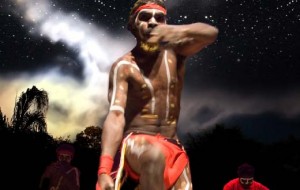 And in August, there is more opportunity for fun, thanks to the Darwin Festival 2012, held August 9 to 26. Art exhibitions, cabaret, theater, music and dancing, certainly to make live and vibrate the city, but also as a form of integration for the natives. A festival that has been consolidating and expanding over the years, so that this year will be in two. Two are in fact the poles of attractions for all events; the Festival Park, where you will find the remains of the old town hall and George’s Green, behind Mindil Beach, the most popular beach in Darwin.

Guest Star for the 2012 edition, Kenny Rogers, the popular American singer, who when he is not performed from the platform, is dedicated to the races with sports cars, not only in the States, but also here in Australia. The gates will open at 17:30 on August 9, for the first concert of the edition 2012, free for the occasion. From 10 to 12 in Darwin is also held on the exhibition of Aboriginal art fair, an opportunity to find the real deal in Darwin.

Tags:Darwin Festival 2012Darwin festival in Australia
previousThe Tea Garden Set Ustu in Istanbul
nextGreece: the most beautiful beaches on the island of Zakynthos