Istanbul: The city of empires

Istanbul is the largest city in Turkey. It is considered one of the most beautiful cities in Europe, and is one of three cities that are located between the European continent and Asia. One more reason to visit Istanbul is that it has been the capital of three empires: Roman, Byzantine and Ottoman, so you can imagine the history that this city … Definitely one of the best places to visit. 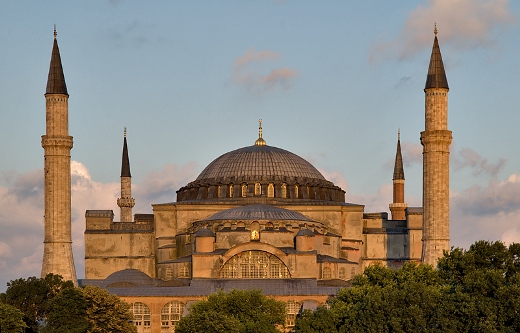 Undoubtedly Istanbul has many things to visit, but as we know that the holidays if you have order, here we leave a list of some must visit, to see what you think:

We know that every city has its own symbol or monument that everyone remembers. As in the case of Istanbul this symbol is Hagia Sophia. It is one of the masterpieces of Byzantine art. It was the church of the Pope, but the Ottoman Empire turned into mosque, and endowed with four minarets. These together with the leadership of more than 30 meters in diameter are the image that characterizes this city.

Blue Mosque, its name in Turkish means Sultan Ahmed Mosque, and which was built by him. The most impressive of this mosque (the most important of Istanbul) is that inside there are more than 20,000 tiles of that color that adorn the dome and the top. The mosque is illuminated by more than 200 stained glass windows and chandeliers.

Galata Tower: One of the oldest towers in the world. It was built in 528 as a beacon. In 1348 it was rebuilt under the name Tower of Christ. From this tower you get a good view of the city. In the evening it is very well lit, and are held dinners with entertainment for not a lot of money.. What more can you ask for?

Topkapi Palace: It symbolizes the power that reached Constantinople as the seat of the Ottoman Empire. Among the many rooms that have the palace, which you can not miss are:

The Treasury: It features some of the world’s most valuable objects, like a diamond of 88 carat or the Topkapi dagger, built with emeralds.

The Harem: Here already you can imagine… lay the Sultan, his family and a number of women between 500 and 800.

Archaeological Museum: Opened in 1891 and became the first museum in Turkey. The collection is divided into 3 parts. The most interesting is where you will find the collection of sarcophagi, among them is the sarcophagus of Alexander (fourth century), and the collection of Oriental Art, which houses parts of the Babylonian Ishtar Gate.

Gulhane Park: The oldest of the city, is located very close to Topkapi Palace, so you can take advantage of the visit. It is an ideal place to stop and rest, and also hosts several museums.

Finally you can not miss a visit to the most modern and lively city for souvenir shopping and a walk in which mingle with the people of the earth. This is the Taksim Square. It is located in the modern Istanbul, and is a major shopping district, tourist resort, where you will find restaurants, shops, hotels… Here are held public events, celebrations and other social events.

As you have found, if you want an ideal holiday not hesitate and come to Istanbul, the imperial city.