Tour the most famous Polynesia islands

Polynesia is a group of islands located in the Pacific Ocean. The islands that make most famous are probably Hawaii, Tahiti, Marquesas and Easter Island. 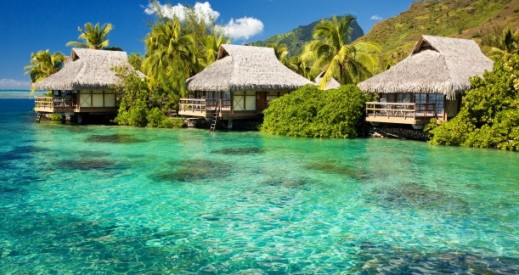 The Polonesia is a triangle composed of a series of islands and archipelagos that make a wonderful destination for a holiday. White sands and Turquoise Ocean become a haven for lovers of surfing and scuba diving, as well as their culture, the moai, ancient statues that surrounding the Easter Island.

Hawaii
The island form part of the United States and is composed of eighteen islands, eight of them being the most important. Among the eight highlights Hawaii Island, being the largest and arguably one of the most visited of all Polonesia. Its white sand beaches and the color of its waters make it an ideal place for tourism.

Tahiti
Tahiti, the largest island of the French Polynesia has its capital in Papeete dedicated to tourism. It stand out among all the Islands Bora Bora, an atoll of volcanic origin wrapped in crystal clear waters, as well as Moorea, also of volcanic origin and destination for newly married couples.

Easter Island
Easter Island is part of Chile and is the largest island throughout the country taking its capital Hanga Roa. Easter Island is a great tourist attraction because of its beauty and mystery of the Rapa Nui culture, huge statues which surround the island. These are called moai and have made this Polonesia Island, a World Heritage Site since 1995.

In general, each and every one of these beautiful islands that make up the Polonesia are a highly desired destination not only for lovers of sun and sea, but also for unforgettable honeymoon.