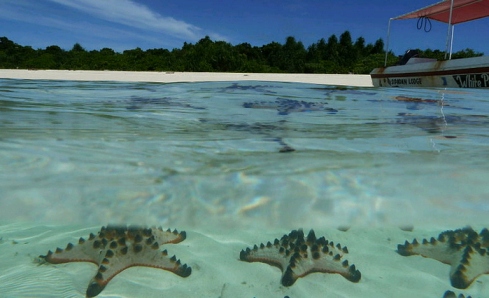 So beautiful that it does not seem real, this island in Semporna archipelago in Malaysia, would be published a few photos, to describe the beauty. The feeling is to wade in the water as clear as glass to find themselves among the giant green sea turtles that come here to nest and giant starfish. Ivory-colored beach that surrounds the island, untouched and empty for most of the year.

The island is just over 2 km in circumference, if we consider the high tide line, completely surrounded by a coral reef 4 km long, which in some places reaches just 50 meters from Pom Pom. On the island there is not even a village, but only two resorts, very popular among diving enthusiasts, who have that fun.

Pom Pom still retains its beauty and charm, because it is far from the normal trade routes, that getting there is difficult. Most arrive by plane to the Tawau international airport, from here we moved to cars in Semporna Jetty, where marine connections to the Pom Pom island. 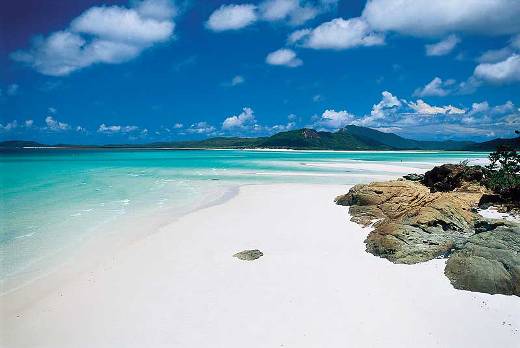 The Whitsunday Islands in Australia 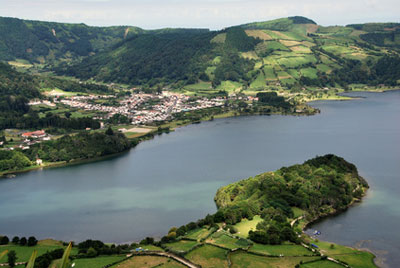 The Azores: A lost paradise off the coast of the Portugal 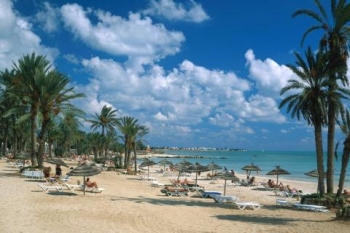