What you should know before traveling to Paraguay

Surrounded by Brazil, Bolivia and Argentina this small country with about 6 million inhabitants offers much to do and many places to visit, but to go there several things that should be taken into account, such as how much does it cost to eat in Paraguay Is it safe? Is it expensive to travel to Paraguay? Where to stay and what to keep in mind? What is the weather? These are just some of the doubts that arise at the time of undertaking the trip and here we will give some clues so that your visit to Paraguay is better-taken advantage of. 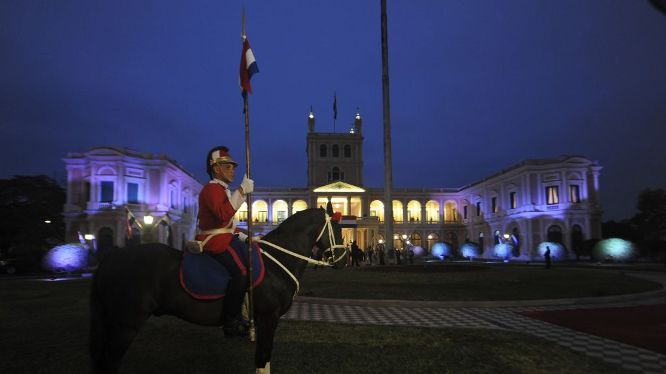 Paraguay is a drug transit country that passes from Bolivia to Argentina and Brazil, although it is also a producer, so this must be taken into account. Their borders are weak and crossing them without any control is easy, that makes crime move smoothly. Despite all this, whenever you are careful you can count on a pleasant stay.

Although there are small differences in prices between the capital of Paraguay, Asuncion, and small cities, eating in the South American country is cheap and paying between 3 and 5 euros is normal. There is a great variety of foods although the base is cassava, rice and beef. Do not discard eating a good river fish for which you can pay very little and you can eat very well.

As in many countries, depending on the area you are in, accommodation will vary in price and quality. If you are in Asuncion you can pay between 15 euros for a basic hostel and 150 euros for a luxurious room in a five-star hotel.

A round trip plane from Europe can cost, on average, between 1,000 and 1,200 euros but it will be the only expensive thing since once there, it is normal to get around by bus. Trains and Metro shine for their absence so the normal and convenient is to go to the bus station (do not expect to buy anything through the Internet) and ask for a ticket where you want to go, you will see that it is quite cheap.

Paraguay is located in a tropical zone and the hot periods that go from October to May can be really suffocating. It is humid and the temperature in the middle of summer can reach 40 degree without much inconvenience. Despite what is believed, in winter it can be quite cold and be at 0 degrees although it lasts very little, only July and August.

As the name of the indigenous tribe, the currency of Paraguay is called “guarani” and 1 euro equals 5,700 guaranies. In the border areas, you can pay with both Argentine pesos and reals of Brazil, but you should change the money for the national currency to not lose a single currency.

What to see in Paraguay

Asuncion, it was the place inhabited at first by Carian peoples. It is the capital and the most populated city of the Republic of Paraguay. It is located on the eastern bank of the Paraguay River, almost opposite its confluence with the Pilcomayo River, bordering the Bay of Asuncion. Founded in 1537, it is one of the oldest cities in South America. That’s the only reason it’s worth visiting, but there’s still more.

In the same city, you can enjoy a nice walk along the waterfront, visit the Micro Center hidden between cables and some old abandoned buildings that give it a special touch. You can visit the Palace of the Lopez, The National Pantheon of Heroes (currently in remodeling), House of Independence, tour the Loma San Jeronimo and many churches and of course, the government house.

In addition, the city has several options to enjoy night by the same center or the neighborhood of Carmelitas (Las Lomas).

The most interesting natural attraction is in the vicinity of the capital.

Aregua: The Land of Strawberry and capital of the mud. It is full of crafts and you can go and return from Asuncion on the same day. Enjoying the Beach of Ypacarai Lake and the views of San Bernardino and Altos, it is spectacular. Eating there is totally recommendable; there is a lot of offer and of good quality.

San Bernardino: Known as the “summer city” par excellence of the country, you can do water sports at the mythical Ypacarai lake, let yourself be carried away by this peaceful city with beautiful views, colonial houses, bike paths, pedestrian and much, much … much green to take advantage of and sit down and try a rich teres and chips!

Caacupe: Beautiful town where you can visit the Cathedral Basilica of Our Lady of Miracles.

Tobati: The name of the city derives from the guaraní “toba” (face) and “ti” (white) and it is because the natives that inhabited these lands at the time of the conquest had white faces. On the horizon, we can see mountains and irregular and capricious ripples great for rappelling or hiking.

The villagers are very religious and venerate the Immaculate Conception of Tobati, which is said to be the twin sister of the Virgin of Caacupe.

Atyra: Known as the cleanest city in Paraguay, the seventh in America and the eighth healthiest community in the world, certified by the WHO/PAHO. And indeed it shines with neatness! It’s super clean! It is also a city rich in natural and geological beauties, by the extension of its rocky slopes and the artisanal activity of its people. It stands out for its good hand in saddlery (leather crafts) that is a heritage from the time of the missions.

There are many more small towns and cities around the capital you just have to let yourself go and discover the peace, simplicity and warmth of its people.