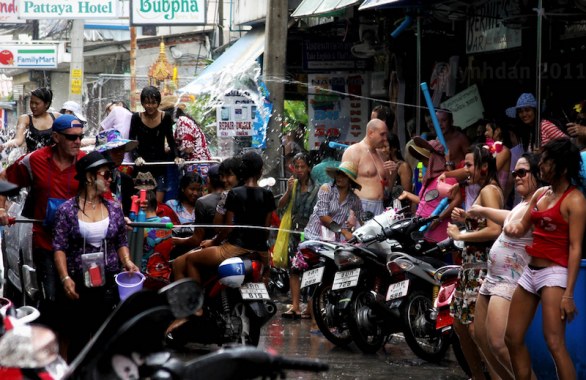 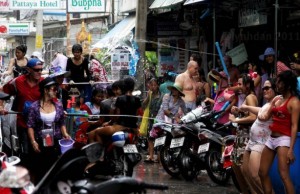 Songkran:
It is held anywhere in the Thilandia, especially in Bangkok and Chang Mai. It occurs at about mid-April. It celebrates the Thai New Year, the solar New Year, lasts a week and the people walk down the street, on the ground, and takes the bucketful of water, to symbolize the expulsion of bad luck.Read More »The top ten craziest festivals in the world