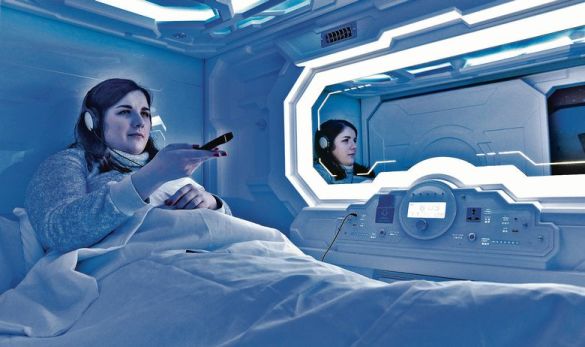 ‘Subspace’, a hotel with space capsules instead of rooms

In Zagreb, the capital of Croatia, the “Subspace” has just opened a hotel that instead of rooms with beds offers its guests “space capsules” as if it were a spaceship. “This hotel represents our vision of a stellar journey. Our intention is that the bedroom simulates the body of a ship space”, explained the owner of the establishment, Hrvoje Krlic, amateur from young to the films of science fiction. The “Subspace” capsules remind him of those in which Bruce Willis and Milla Jovovich sleep on their space voyage in the film “The Fifth Element”, one of the classics of science fiction films.

The “Subspace” has a large living room, where you will find 20 capsules for individual living and sleeping, several special capsules with bathrooms, and also has a reception, a cafeteria and a terrace. The hotel is located about 200 meters from Ban Jelacic Square, in the old town of Zagreb. The Croatian capital was until recently a mere transit point for tourists on their way to the Adriatic Sea beach, but today it is a place where travelers stay longer.Read More »‘Subspace’, a hotel with space capsules instead of rooms