house in the clouds 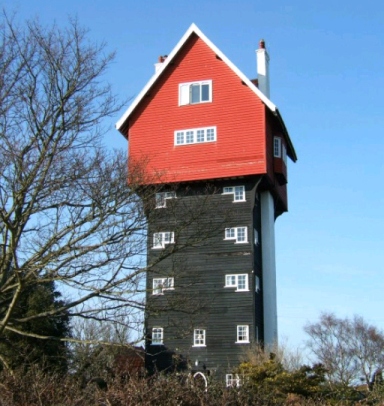 Odd buildings, the house in the clouds of Thorpeness in Britain

Built in 1923 as a water tower, the building originally pretended already for what was not, trying to blend in with the other surrounding buildings.

It was, in fact, an attempt to insert a functional structure, certainly not beautiful, without disturbing the urban fabric of Thorpeness, in the English region of Suffolk. Worthy attempt given the era in which it was made, though with mixed results, as even then, the terminal part of the tower seemed to be floating in the trees.Read More »Odd buildings, the house in the clouds of Thorpeness in Britain