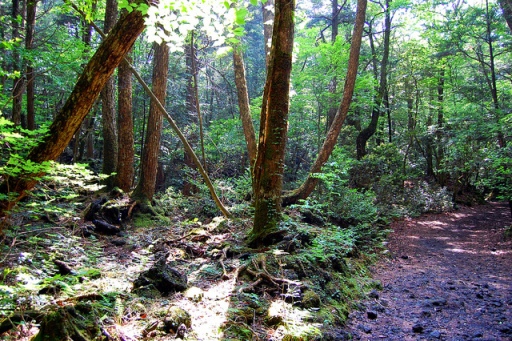 Aokigahara, the suicide forest in Japan

Called “the perfect place to die”, Aokigahara forest, where there are different stories related to the mythology of Japanese demons, holds the unfortunate record of second place in the world to commit suicide. (The first is the Golden Gate where now would put the toll even to pedestrians and cyclists). Since 1950, at least 500 people are no longer out of this forest, with an increasing rate of deaths between 10% and 30% per year. Recently, these numbers have increased even more, with a record of 78 suicides in 2002.

Japanese Spiritualists believe that suicides occurred in the forest have permeated Aokigahara trees, causing the increase of paranormal activity, such as the loss of guidance to those who enter. Although for the latter phenomenon, the explanation lies in the presence of minerals that interfere with normal compasses.Read More »Aokigahara, the suicide forest in Japan